An award-winning Coventry film maker is using his movie premiere night in the city to help raise vital funds for The Myton Hospices.

Lee Greenhough will be unveiling his debut feature film – A Kidnap – at Square One in Coventry on Saturday 30th October. 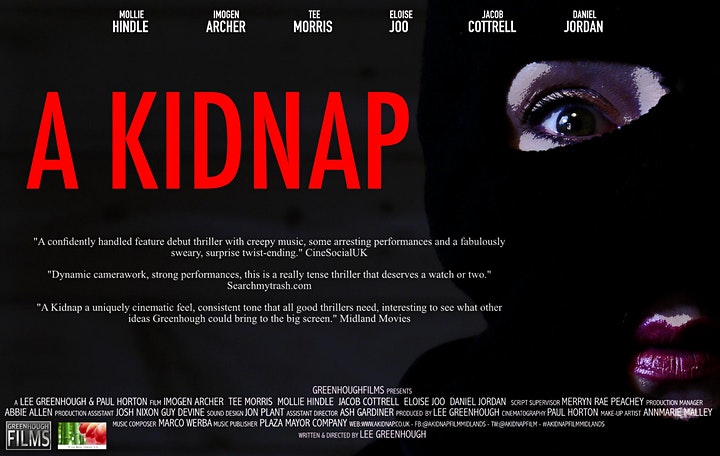 And he is urging film lovers and loyal Coventrians and fellow Midlanders to support the evening – and Myton – by buying a ticket to the event.

As well as the film premiere ...

the red-carpet occasion will feature live music from local band Ruff and Lamb, who also appear on the film soundtrack, a late bar and a fabulous charity auction, full of fantastic lots, all in aid of Myton.

I’m really hoping for a full house on what promises to be a great night – for me, for the actors, for the guests and for The Myton Hospices.

This is my first feature-length movie and it is shot using local actors and locations, so I hope it’s something the city of Coventry and the Midlands can be proud of.

The film itself is a psychological thriller about ‘the kidnap of a teenage brother and sister and their efforts to escape before the kidnappers and their twisted relationships with each other implode’.

It features three strong female lead characters and, while being a thriller, offers a strong moral compass.

Take a look at the official trailer for A Kidnap below ...

Lee is also appealing for auction prize donations to maximise the money raised for The Myton Hospices on the evening.

Lee is a long standing Myton supporter and he most recently helped us by hosting a Virtual Quiz in aid of Myton during the Covid-19 pandemic. We can’t thank Lee enough for his ongoing support and wish him every success with the upcoming film premiere.

Get in the festive spirit by taking part in The Myton Hospice’s famous Santa Dash in Leamington Spa!

Take a look at our Santa Dash 2021 promotional video below!

Nothing says ‘Christmas’ quite like pulling on a Santa suit and running, jogging or walking 5km for your local charity.

So, whether signing up gives you the perfect excuse to lace up your running shoes despite the cold weather, or if you want to get the family together for some festive fundraising, this is the event for you!