We are committed to supporting each and every one of our supporters fundraising for Myton and have put together some resources to help you along the way!

Thank you for signing up to take part in this year’s Santa Dash!

Christmas is the most wonderful time of the year, and while we cannot gather together for this event, there will still be something wonderfully festive in seeing Santas and elves dashing around to support Myton!

We have put together your very own welcome back which you can download below...

How to create your fundraising page

We are hoping to raise £35,000 from your sponsorship this year so we can continue providing our services to people with terminal and life limiting illnesses, and their families, over the festive period.

We know that is a lot of money but with your support we are confident that we can achieve it!

Setting up a JustGiving page is one of the most effective ways to encourage people to sponsor you and the money comes directly to us, so there’s no need to worry about gathering your sponsorship and bringing it in, or posting it, to us.

Creating a page is really simple! Here's some tips for you to get the best out of your fundraising page!

Here's some helpful fundraising information to get you started...

Sometimes even the most experienced of fundraisers run out of ideas to keep it fresh! Take a look at our handy 1-25 Fundraising Ideas guide for a little inspiration!

Looking for some words to say about why you’re fundraising? Why use some of our key messages for inspiration…

The difference your support makes... 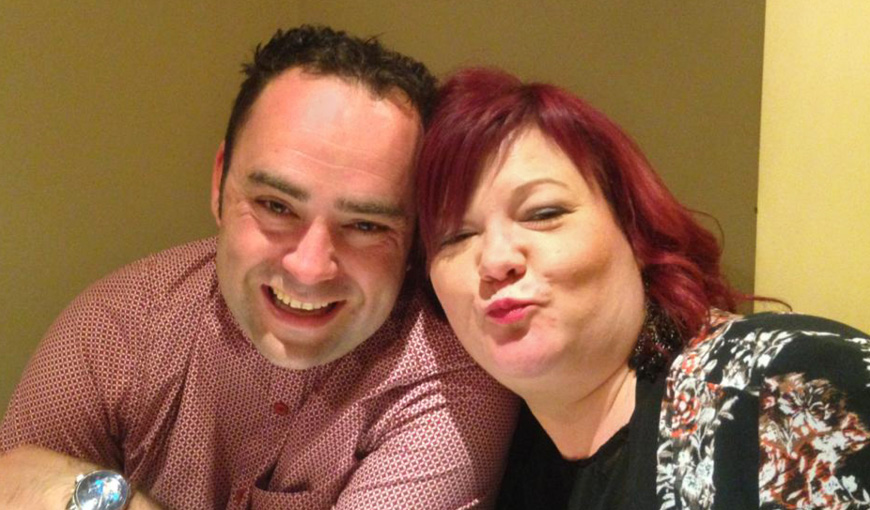 Christmas 2015 was an unthinkably tough time for the Broad family.

That December, mum Joe Broad was diagnosed with HER2-positive Breast Cancer - a particularly aggressive form of the disease.

Just two weeks later Joe and her husband Dean were told the cancer was in her bones.

The couple and their two young sons, Zac and Olly, now 14 and ten, were faced with the devastating news that remission from cancer was not going to happen.

Brave Joe fought ‘like a warrior’ over the years, enduring treatments and side effects to battle her cancer – including whole brain radiotherapy when then discovered the cancer had spread to her brain in July 2019.

In May 2020 my gorgeous wife finally became free of pain, reunited with her dad and sister. Throughout her battle Joe has been the best mum, wife, daughter and friend to many.

She fought a fight any warrior would be proud of.

Prior to her death, Joe spent two weeks at Coventry Myton Hospice for pain management and symptom control, before being discharged home.

As well as nursing and medical care, Joe received Complementary Therapy to help her relax and was pampered by the staff at the hospice, which made a real difference to how she felt.

Her friends and children were able to visit her, and both Joe and Dean had counselling support from the team at Myton – support that ten-year-old Olly has been accessing since his mum died through our children’s bereavement service.

With donations in memory of Joe, in lieu of flowers and sponsorship for his cycling, Dean, his friends and family raised over £4,200 for Myton!

“The Myton Hospices were alongside Joe all the way, they supported us in the darkest of times, and still are today,”

At the start of 2020 Dean set himself a challenge to cycle 20km each day and, despite everything the family were going through, he only missed 7 days throughout the whole of 2020!

He even upped his daily challenge to 40km every day for 122 days when the children went back to school – smashing his target and even cycling on Christmas Day!

We are blown away by Dean’s efforts and can’t thank him enough.

We hope that you’re feeling inspired to take on your own challenge, like the Santa Dash, to help raise vital funds for Myton, so we can support more people like Joe and her family, now and in the future.

This year we’re hoping to have a team of fundraisers who will be our very special Santa’s Little Helpers (big helpers are very welcome to join too!)!

Pledge to raise a minimum of £50 in sponsorship and you will receive a festive present.

We’ve always encouraged well-behaved dogs to take part in our Santa Dash events, and this year we are putting your four-legged fundraisers in the spotlight with a festive fancy dress competition – free of charge!

Whether they have a Christmas jumper, asuit or antlers to wear, dress your dog in something festive and enter them into our first ever Best Dressed Dog competition. There will even be a prize for the top dog!

Help us spread the word about this year’s Santa Dash by either sharing the artwork below on your social media with the link www.mytonhospice.org/santa or even changing your profile photo! 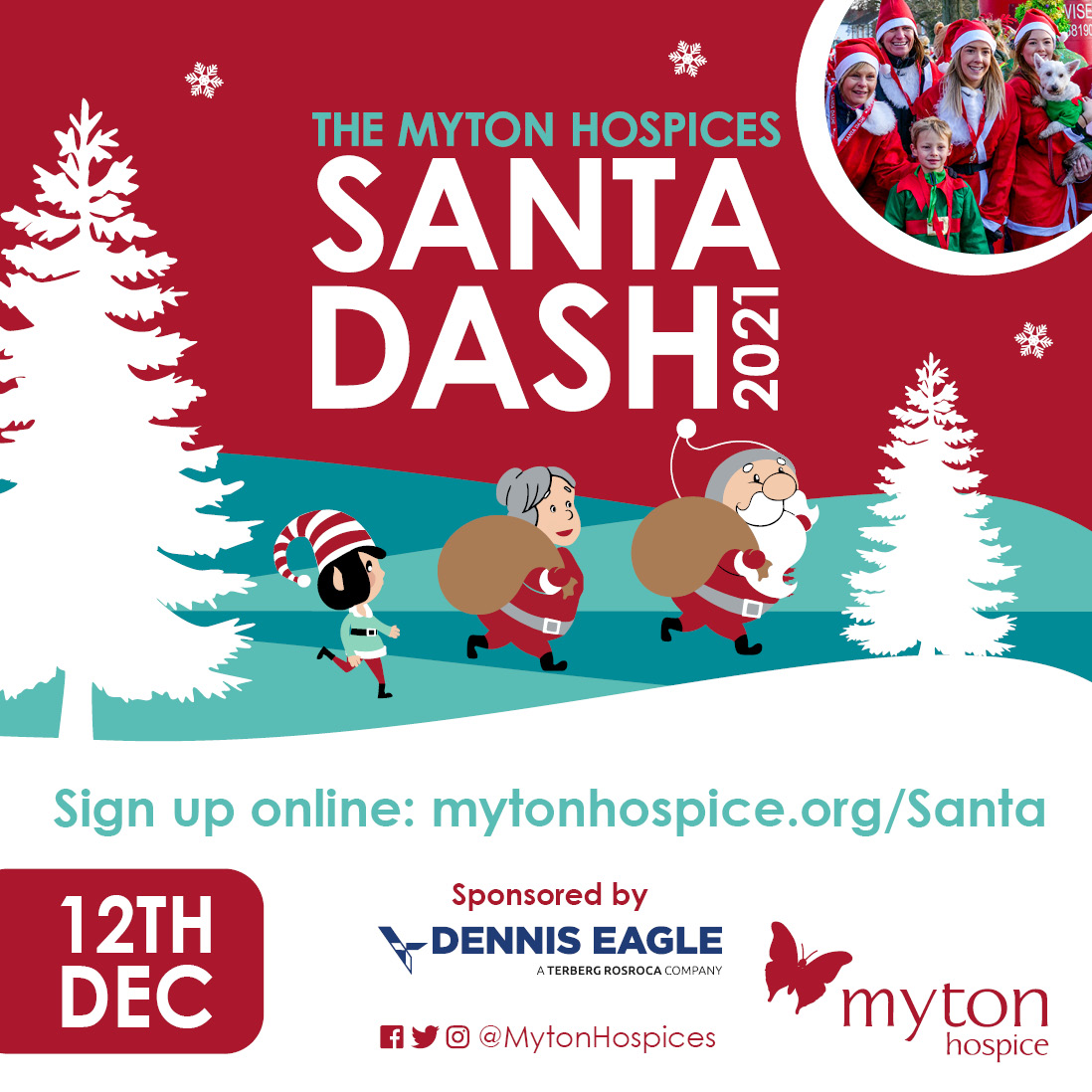 How much of your donation is spent on patient care

If you have any question please get in touch by sending an email to Events@mytonhospice.org